Believer: Striking the radial nerve on the arm disables it

Non-Believer: Yeah, if the guy is standing still

Believer: It works in a fight. You don't have to be standing still

Non-Believer: Really? How come we don't see it in the UFC?

Believer: Because it's too deadly

Or some variation where eventually the Non-Believer, who is probably an MMA guy, challenges the Believer to a fight. But like all things in life there is a gray area somewhere between the two. After all Nerve Strikes have been around a long, long time so there should be some merit to them right? I'm going to put myself out there and say....

Stick with me for a moment. Let's start with a few simple facts 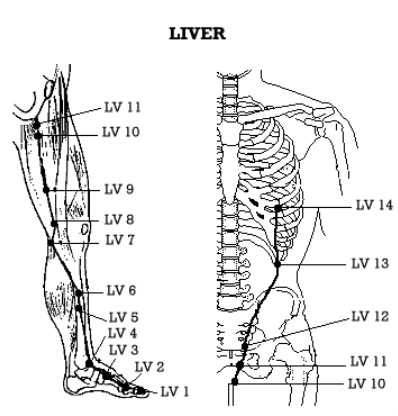 2) "Science" was pretty much observational through most of recorded history. Rigorous double blind studies and peer reviews simply didn't exist.

The fighting arts evolved over time and took into account training and battle observations. What worked? What did not? They couldn't explain why striking a certain point was better or worse, but they knew it worked and needed a way to communicate the knowledge. So they took to diagramming the human body. It made perfect sense. Give the students a visualization, document the knowledge, and hand down the subtleties orally.

The Liver Shot is a good example of a nerve strike. What?!! Liver shots cause severe pain because the liver spasms and releases hormones or toxins. While that may be true it is not the only reason a liver shot works. How can I say that so confidently? Well the liver is on the right side of the body and quite a few boxers have fallen due to punches on the left side. Don't believe me? Watch this video to catch up

You know that feeling when you get hit with a good Liver Shot? Where your breath won't come back and you can barely think? That's probably a seizing of the diaphragmatic muscles (They control breathing). If it were just about the liver would you expect a "sealing of the breath"?

You can also get the same "sealing of the breath" on the back side of the body. (Hint, GB25) 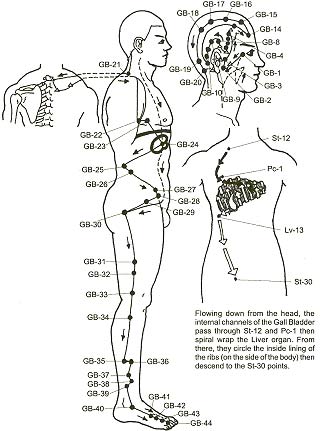 Get the picture? The Chinese knew that an effective body shot utilized weak points in the body to have the most dramatic effect. Are they strictly nerves that are being activated? Who cares? Is it the liver spasming or the diaphragm seizing? They didn't care, but they needed a way to explain it enough to communicate the concept.

"Nerve Strikes are a training tool"

Repeat that phrase next time you start arguing they don't work at all or that they always work and people aren't doing it right. Both sides are wrong. It's much simpler.

Nerve Strikes help the teacher refine the students accuracy during the safety of training. Who doesn't aim to strike as accurately as possible when hitting the focus mitts or practicing form? Not a single martial artist. MMA, boxing, TKD, Kung Fu, we all aim for perfection knowing that when we fail to be perfect we've hit the mark a bit closer than if we didn't try.

When should I start considering teaching nerve strikes?

If you have a student who hasn't mastered the basic strikes, forms, sets, and drills in your art then nerve strikes will likely serve as a distraction. Are they fun? Sure.

The best way to learn nerve strikes, is to forget about them and learn proper basics
-Dr. Ron Chapél

But you owe it to your students to teach them the most functional elements of your art first. Said another way... Nerve strikes are advanced concepts used to refine striking skills. You may also find that the student with the best basics happens to "discover" the "nerves" on his own. AKA, basics become sophisticated quickly.

What are some of the subtleties?

You might find that you just can't make them work after taking a look at a meridian chart. Sorry, but it's not that easy. There is a reason for the oral tradition. There are a few subtleties that come together to make nerve strikes work. I can't cover them in detail in this article, but here are a few:

Angle - The angle of the strike can have a profound impact on the efficacy. Note that most of the strikes in the boxing video come at an upward 45 degree angle. (in this case down at 45 degrees works just as well, but is harder to access).

Structure - Are you aligned properly with good form? Yeah, your posture makes a difference. So does your attackers. Postures changes the angle at which you have to strike to get the most bang for your buck.

Weapon choice - A fist? An elbow? A hand sword? Each strike has a different use. Some "fit" to the target better than others.

You can argue they are outdated. You can argue they are not essential to combat or training, but don't argue they don't have merit.  Still not convinced? The Marine Corp's Fundamentals of Close Combat is replete with specific targets and the different hand postures effective in striking (It starts to look a lot like those pesky Traditional Arts).