Getting answers straight from those "who were there" is tough today, unless you have the connections to call the right people. Fortuneately, through my association with Ron Chapél I can make those calls. So lets kick off the first Q&A session. Email me your questions at Brad@MartialMoves.com and I will do my best to get your questions answered by the most knowledgeable person on the topic possible. Don't hesitate to suggest that person either, as I probably can get them on the 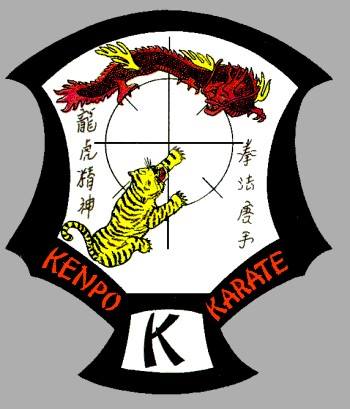 Keep in mind that subjective questions will get subjective answers. Everyone's history in the Martial Arts is different, but non-theless valid so please, treat all Q&A responders with respect.

For starters, Sami Ibrahim of Fort Campbell, Kentucky sent me a long list of question, which were answered by Ron Chapél. While this series of questions is highly Kenpo related, don't hesitate to ask questions outside of Kenpo.

When Secrets of Chinese Karate was published in 1963, did the old school Kenpo guys abandon Mr. Parker in favor of James Wing Woo? Did that have anything to do with why they were not a part of the American Kenpo transition?

First, Mr. Parker never created his "American Kenpo." It was a project he started and abandoned almost immediately when he ran into financial difficulty with the people he invested with to produce Action Karate Magazine. He was financially ruined by the partnership when the magazine folded after about 7 issues, and it forced him into bankruptcy. Bankruptcy was the only way he could protect his home assets, and his family.

Having a Mother and five children to take care of was essentially the driving force that caused him to create a commercial martial arts product he called "Ed Parker's Kenpo Karate." It was never Ed Parker's American Kenpo Karate, nor did he ever market it that way. Others confused his pronouncements of being desirous of creating an "American form of Kenpo" with the creation of Ed Parker's Kenpo Karate, which was based on the study of abstract "motion."

His proposed American Kenpo was supposed to be closer to the Chúan Fa of its origin, and a much more precise and meticulous vehicle, that was much too labor intensive for Kenpo Karate’s philosophy of teaching. There was also the element that he would, and could be the only qualified teacher, which doesn't lend itself well to proliferation.

In the early days, it was not unusual for students to leave once they had received their black belts. It also was normal for it to take only about a year or slightly longer of diligent study to get there. Sifu Woo not only provided a great deal of the information, (along with contributions from Sifu Ark Wong) for the book "Secrets of Chinese Kenpo," but taught elements of the traditional Chinese Martial Arts in Mr. Parker's School in Pasadena. When Sifu Woo decided to leave, he took with him several black belts he was already teaching. As I recall Richard Montgomery and Rick Flores were the two to leave with Sifu Wong.

Students were more migratory in the early days because everyone was fascinated with the arts in general, and wanted to "sample" everything new that came along to expand their knowledge. It happened in all the traditional arts as well regularly.

The most well known student to leave Mr. Parker was Dan Inosanto, but that too is misleading. Dan Inosanto had spent time with Sifu Ark Wong before forming a relationship with Mr. Parker, and was simply moving on. I would not ever characterize his relationship as student/teacher with Bruce Lee. In my opinion, they traded information with Bruce Lee being the greater beneficiary of Inosanto's knowledge. He certainly was responsible for the weapons training that Bruce Lee picked up. Bruce Lee was smart enough to surround himself with knowledgeable so-called "students'” he could learn from, while his celebrity students paid the bills.

All of this occurred before there was ever an Ed Parker's kenpo Karate as people know it today. But those that trained with Ed Parker in his "Original Kenpo Karate," as when he first came to the mainland, or his more traditional Chinese influenced "Chinese Kenpo" he switched to almost immediately, wanted nothing to do with the "new" commercial brand of kenpo he was teaching, and none of the previous students transitioned to it by choice. Most continued to do as they were taught, or transitioned into their own versions, or moved on to other things. The Kenpo that existed just before Ed Parker's Kenpo Karate is almost non-existent now. The closest you can get to it on ant decent scale would have to Be Al Tracy's guys. No one wanted to transition to “Ed Parker’s Kenpo Karate,” because it was so “watered down” in comparison to Mr. Parker’s previous teachings in terms of physicality. The new Kenpo Karate had to be user friendly for everyone, including children and older people.

Is it true that when all of Mr. Parker's Black Belts left him only Chuck Sullivan stayed loyal to him? (Around the time of the James Wing Woo fall out and the Tracy's leaving?

First, all of Parker's Black Belts didn't leave him en mass. This was something that happened gradually over time as students grew and wanted to be on their own. The allure of business opportunities pulled them away when they felt they had learned enough Kenpo, and the business. Mr. Sullivan, who is senior to us all, created his own product he called the "Karate Connection" long before Mr. Parker passed, which was quite successful.

Later he was criticized for his creation of his International Karate Connection (IKC) video teaching program. What most don't know is the video method was Mr. Parker's idea that he floated before his death. Mr. Sullivan was merely continuing with a Parker idea, and he isn't the only one. But, most stayed "loyal," (to use your word), to Mr. Parker even though they were no longer "students" and left to form their own schools, associations, and businesses. Mr. Parker never expressed any of these earlier students were being "disloyal," and he maintained a relationship with just about all of them. Few were actually physical students in the pure sense of the word anyway, because Mr. Parker stopped teaching.

What actually caused the Tracy fall out?

There was no "Tracy Fallout." When Mr. Parker decided he wanted to move in a different direction, he turned his Yudanshakai Organization, the Kenpo Karate Association of America, (KKAA) over to Al Tracy who was an astute business man, to run as he moved onto to form his then new, International Kenpo Karate Association, (IKKA). They ultimately became business rivals, but always retained a cordial relationship while Mr. Parker was alive, and Al Tracy, his troops and teams were always quite prominent at Mr. Parker's International Karate Championships Tournament every year.

Is it true the Huk Planas was actually busy traveling around the world playing in a band and had very little time training with Mr. Parker?

It is correct Huk was a musician and traveled a lot, but he didn't travel any more than Mr. Parker, so I don't know what that means. He was as much a student as anyone at the time and even ran the Pasadena School for a period. Huk came to Mr. Parker as a student of the late Sibok Tom Kelly, who was a student of Sigung Steve LaBounty out of the Tracy System, so all were well trained when they came over and simply continued, and contributed heavily to Mr. Parker's new method of teaching.

Did you ever see Ed Parker spar?

Did you ever witness Ed Parker in an altercation?

Yes I did. Mr. Parker was a devastating person. 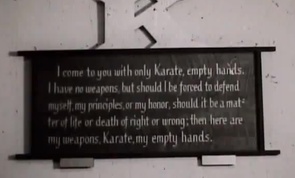 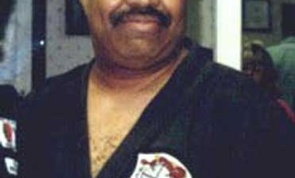 Thank you for getting some of the answers to some of my questions Brad Bode. These questions stemmed from some of the articles floating around on the internet by Will Tracy. SALUTE!

We can always count on Dr. Chapel to tell it straight. Well said Sir.