I read Engines of Creation when I was 13. My chemistry teacher thought I was an "interesting" kid. What's my point?

I've always been a scientist.

But I was also creative

I read comic books and fantasy novels weekly. So naturally I wanted to take a martial art, learn to kick some ass, and cultivate my inner power... my Chi or Qi. As a kid it sounded great. That I had vast internal power if only I worked hard to harness it. Sounds like any comic book character right? As I got older and took more formal classes in science, read more books, and began to think about creative endeavors from a sceintific perspective I was forced to look at Qi from a scientific perspective.

I couldn't help myself. The scientist in me had to reconcile the two.

The central criticism of Qi revolves around it's use in combat / fighting or healing. The critics primarily focus on the more esoteric aspects of Qi, which usually involve demonstrations of physical prowess; Shaolin Monks bending sticks with their knecks or holding back ten men. Or those who claim they can knock someone out with only their Qi... no hitting.

The problem is that that it's easy to dismantle those aspects Qi. If you still believe in no-touch knockouts and don't think it's just a form of suggestion then don't read on. Nothing I can say will convince you otherwise.

What's difficult is try to understand why the concept of Qi exists at all. There must be some basis in reality, right?

It turns out there is.

Chi is literally translated (from mandarin) as "breath" or "air" so it is easy to see how "vital force" came about. Air is pretty damn vital. The very early origins of Qi date as far back as 1700 BC and suggest the practice of breathing to have immortal

life. Throughout history Qi continued to be connected to the breath. The term "breathing down to their heels" was associated with Qi by the poet Chuang Tzu. Breath and breathing is associated with all variations of Qi practice, whether martial or otherwise.

So let's put ourselves in the mindset of someone in 1500 BC.

Science doesn't exist. Society is not refined by any means. Their understanding of the universe amounts to what they can see and touch. Hell, they probably thought the world was flat.

All ancient people had to go on was how something made them feel.

They knew that if they meditated with deep breathing they felt better. That's all that mattered to them. Warriors mediated before battle because they believed it made them fight better. That belief drove them to continue the practice and likely it actually did make them perform better.

They were very early adopters of bio-hacking (a modern term). A bio-hacker is someone who tries something specific then listens to their body (did it make them feel better or worse). Typically this is done in conjunction with collecting data, such as blood samples so they can quantify their findings. However, in ancient China they weren't able to quantify anything. There were no smart watches. No blood tests.

Ancient chinese simply observed what worked and what didn't.

And breathing just worked. It was irrefutable. 3000 years of trial and error proved it to them. Qi was just a means to explain what was beneficial for the human body and mind.

And modern science tells us the ancient chinese were right.

And I am not talking about the up and down of the chest that we all do every day. I am talking about deep, mediatative breathing. The kind you do to calm down after a big run or tough fight. If you are pumping out cortisol (the stress hormone) due to a prolonged fight or flight response (Sympathetic Nervous System) the goal would be to turn off your fight or flight, right? It turns out that deep breathing does just that. Deep breathing triggers the "rest and digest" response or the Parasympathetic Nervous system.

So what? How does this involve combat?

Dr. Douglas C. Johnson has been studying the affects of "Mindfulness Training" with Marines at Camp Pendleton since 2011. His efforts focused on deep breathing and prolonged attention to the sensations in the body. Marines were taught these techniques, ran through a series of mock battles, and measured for various markers for stress. The results are compelling.

Essentially the Marines showed a better ability to reduce their heart rate in the presence of stress.  Lower Neuropeptide-Y is an amino acid marker, found in the brain, indicates a dampened response to stressful events. We all know how it goes. When we are severly stressed we perform worse at most tasks. The goal is to hit the sweet spot for stress levels. That's the point where it's not too easy and not too stressful. The outcome of the study is pretty clear.

The results show that mechanisms related to stress recovery can be modified in healthy individuals prior to stress exposure..

Back in 1500 BC I'd venture to say that combat was bloody, fierce, and pretty much at the edge of the stress curve. The 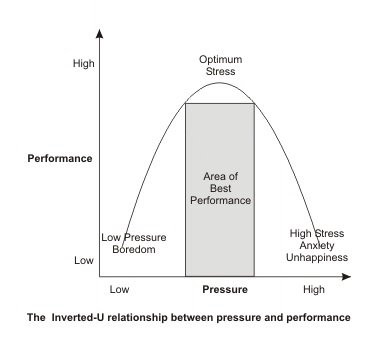 outcome of Dr. Johnson's study suggests that it is possible to lower the stress response and, hopefully, put yourself in the sweet spot.

And it's not like this study is the only study taking a look at deep breathing and it's effects on health. A simple search for "Mindfulness" on PubMed results in over 2200 results. One way or another there is clinical interest in the affects of an integrating the practice to cultivating chi / mindfulness / meditation.

So lets bring this full circle. The Chinese knew, through war after war, that those who meditated (think Mindfulness Training) performed better after battle. It wasn't hocus pocus at all. It was an observation that turned out to be true a few thousand years later. Unfortunately somewhere along the way the term was co-opted by religions and various "masters" claiming strange powers.

If you are a skeptic like me then start framing your conversations about Qi with this in mind. You will probably retain more students and, more importantly, won't look like this guy. 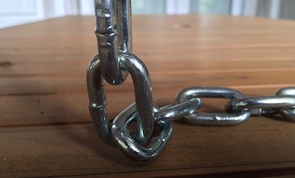 Moving as a Unit is Wrong 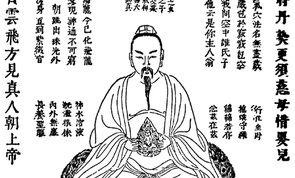 Great article for beginners on chi.

Thanks Mark. I appreciate the feedback. I hope it helps frame the concept of Qi for anyone you share it with.

Really good read. But how dose that translate to greater strength and agility. I have practices martial arts for double for a while. And did not delive myself tell I tried it to disprove it. It works it's just hard. And those fake masters. Maybe they had the path than lost it. Great read keep up the good work.)

Troy, that's a really good question. I can only cover so much ground in one article, but I'lll tell you this. Training and strategically working out the muscles that support breathing (inspiratory) has been shown to boost performance. When you are breathing Qi Gong style you are training those muscles. A large number of people also breathe poorly as well (they breathe shallow and through the upper chest... that's wrong). Stress contributes to improper breathing or a shortening of the breathe.

What's my point? If you are actively training your breathe it makes perfect sense that you would see a boost in performance and / or recovery times. I'll have to make the topic a different article. There is a lot of evidence to back up what I am suggesting.

Good. I love martial arts, it is the true path. I don't disagree with what I read. I, just like you seek answers (real answers) that I can convey to the new students. Thank you and keep up the good work.

Thanks. I appreciate the compliment. If you ever have a topic that you want explored let me know!

The article was nicely done sir. Thanks for a great read.